Weather warnings for both Islands

The following is courtesy of the Internet, with Niwa( National Institute of Water and Atmospheric Research)  giving dire predictions and warnings.

Niwa is warning there would be a real hypothermia risk for people and livestock from an icy cold snap forecast to move up the country.

Nearly all eastern and southern lowland areas of the South Island will have an “effective temperature” between -5C and -10C around 1am Thursday, the agency is forecasting.

The effective temperature includes factors that contribute to how the temperature feels to a warm bodied creature. So along with the normal air temperature, that can also include wind chill and humidity.

A pulse of freezing air is due to spread over the country in the next two days, starting from the south on Tuesday evening. It brings with it the chance of heavy snowfalls to sea level in some parts of the South Island, and the possibility of some snowfalls in the lower North Island, including a chance of snow in downtown Wellington.

We live in the North Island, in the lower half, so snow might just travel around, or it might send some flurries our way.
We have stocked up the firewood, looked out some late season thermal gear, and will wrap up warmly, if we dare to venture outdoors.

This was in the far south, one May,  a very early heavy  snowfall. 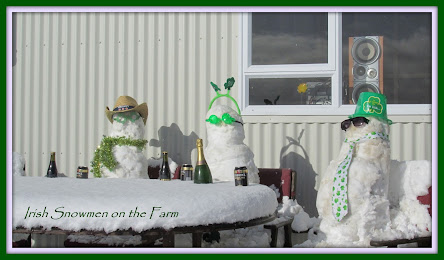 Quotation of the day, author unknown,
Weather the storm and sunshine will brighten your day"
Greetings from Jean.
Posted by Nancy J at 15:59

I hope it is not too bad there. Keep safe and warm.

Br-r-r-r-r!!!! Thermal underwear to the rescue! But Spring just around the corner for you.

Ooh stay warm!!! We are experiencing a very early start in the cold weather this year in my hemisphere, have turned the furnace on so early - I don't want to see our heating bills this year! Bundle up, girl!

Hello,
Just looking at the snow photo gives me the goosebumps. I am not ready for our winter or snow. Take care, stay warm and safe.

I hope you and yours weather the weather well. I know we are not in charge, but the extremes of weather I could do without.

I hope everyone can stay safe and stay warm!

That's cold for you, isn't it? Hopefully the worst of it misses you.

Whoa! That does not sound very good. I hope it passes by your home. Keep that fire burning.

I hope this finds you comfy and warm by a cozy fire and that you are safe from the storm's damage.
Take care and stay warm!

I hope you all take care! I loathe these unpredictable temperatures! XX

I hope you were all safe. I love the snowmen.

It seems like every week I'm saying "Hasn't the weather been weird?!" Stay cozy and warm!